‘IV : Beyond the Reef of Sanity' 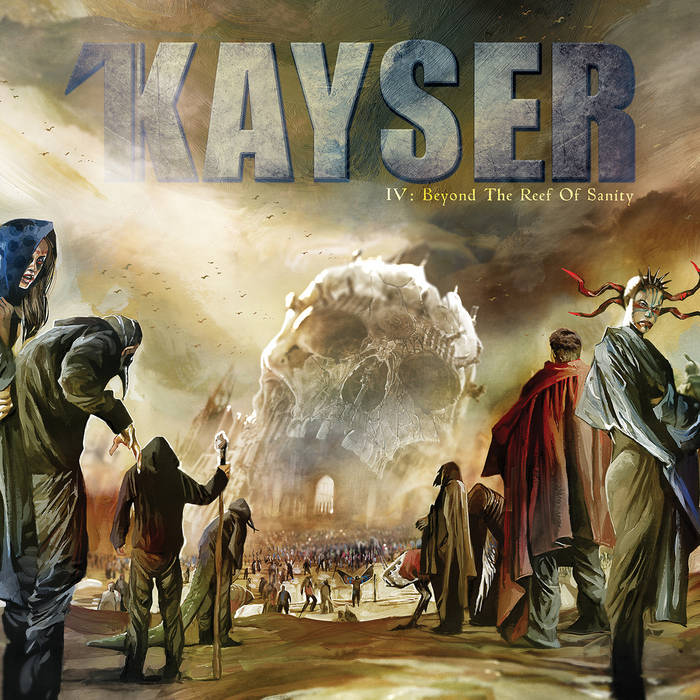 Swedish thrash horde KAYSER are back with a new album entitled "IV Beyond The Reef Of Sanity" set to be release in September 2016 .

Ex Spiritual Beggars and KAYSER vocalist Spice comments : " IV BEYOND THE REEF OF SANITY is a musical continuation of READ YOUR ENEMY. Like a big brother with more muscles and stronger bone structure. A truly genuine effort with the easily recognisable characteristics of KAYSER. All the ingredients are there but taken several steps further. There's an emphasis on a grander approach in many of the songs, culminating in the 13 minutes long epos The Silent Serenade.

"No boundaries and no limits… and that goes for everything”, was stated initially to set the aim straight in 2004 when Spice, Bob Ruben and Swaney joined forces in forming KAYSER. The line-up was completed with the joining of Jokke and Biff 2005. With an easily identifiable sound, the musical expression stretches from riffing grooves to aggressive ferocity with dips from different bowls of metal and rock. Noticeable influences are strings from early Black Sabbath, Slayer, Megadeth and Metallica firmly incorporated in KAYSER’s expression.

"IV BEYOND THE REEF OF SANITY" will follow the triumphant album "READ YOUR ENEMY" released in 2014 which truly drew roaring press from all over the world.

«This is without a doubt one of the most interesting and original Thrash Metal albums I've heard in a while. » METAL TEMPLE

"A must have" METAL OBS MAG